What Causes OCD in Adolescents: Part 1

Obsessive compulsive disorder is the “drama” found on episodic television, where the antics of idiosyncratic characters like Adrian Monk display bizarre behavior that makes for good ratings. He adjusts crooked pictures on the wall; touches each parking meter twice as he walks down the street; brushes each tooth 32 times before going to bed; and so on. His compulsions are varied and seem very strange to us.

Monk is not alone. There’s also the real-life middle-aged mom who washes her hands for three hours at a time, several times a day, until they are raw. Or the elderly man in the kitchen, frozen in his tracks by the sight of a knife, which he fears he will use to murder his wife.

The media loves to showcase individuals with obsessive compulsive disorder (OCD) as freaks who seem helpless to control what seems to us as weird behavior. They put them on display, like they were a sideshow act under the Big Tent at the circus. But OCD is no laughing matter. The disease affects 1 out of 40 Americans (Nauert, 2008). This means that approximately 5 million individuals will develop the disorder in their lifetime.

The Early Onset of the Disorder

The struggle with OCD begins early, and is seen in as many as 1 in 200 children and adolescents. A child as young as 4 can develop full-blown obsessive compulsive disorder, and often exhibits many of the same OCD characteristics typically seen in older children (Nauert, 2008).

Males typically develop OCD earlier than females—boys tend to present with OCD between the ages of 6 and 15, whereas with females the onset is in their late teens and early twenties. Most people who have OCD show signs of it before the age of 25, and very few new cases of OCD occur after a person is 50 years old, said Dr. Patrick McGrath, author of The OCD Answer Book (2007).

OCD might initially appear internally as obsessions, or externally as compulsions. Young persons may start noticing that they can’t get rid of certain thoughts or those closest to them—often their parents—might see that they are performing certain rituals. What the early symptoms of OCD actually are depends on the type of OCD that an individual may have (McGrath, 2007).

“The early manifestations of OCD are as broad and varied as full-blown OCD, but one commonality is that usually only a few symptoms are noticeable in people as the OCD first develops, and then the symptoms become more and more visible as the disorder continues,” said McGrath (2007).

Few studies have focused on early childhood OCD. But if left untreated, the disorder can significantly disrupt a child’s growth and development, and can worsen as he or she gets older.

“That’s why we need to understand more about OCD in very young children, since early diagnosis and intervention are critical to reducing the severity of symptoms and improving the quality of life, according to Abee Garcia, Ph.D., director the Bradley Hasbro Children’s Research Center, Pediatric Anxiety Research Clinic (2010).

Something Not to Be Taken Lightly

OCD is considered an anxiety disorder.  As a general class, anxiety represents the most common category of psychiatric disorders in children, constituting the primary reason children and their families seek specialty mental health services (Garcia, 2010).

Because accumulating evidence supports the idea that anxiety disorders have an early onset in childhood and can continue well into adulthood, it is safe to say that the impairments associated with anxiety in children has important long-term implication for adult functioning. In fact, studies show that anxiety symptoms worsen over time and may eventually lead to depression (Garcia, 2010).

Aelterman, Decuyper, & De Fruyt (2010) found that 80 percent of children with a principal diagnosis of an anxiety disorder had at least one additional Axis I disorder, including OCD. This is troubling since research has revealed that childhood anxiety disorders negatively impact a broad range of factors, including academic performance and social functioning.

How could this not be troubling when recurrent and persistent thoughts, impulses, or images cause marked anxiety or distress? Frequently, these unwanted thoughts are unrealistic or irrational. They are not simply excessive worries about real-life problems or preoccupations; they interfere with the child’s normal routine at home and school as well as his or her social activities and relationships.

The Very Intrusive Nature of OCD

Obsessions can include thoughts about accidentally hurting others; having things arranged improperly; believing one’s appearance is changing for the worst; losing a loved one; losing a cherished object; or contracting a serious disease. Compulsions—specific ritualized behaviors—are often rigidly performed in response to the obsession and need not be logically or rationally linked with the elimination of risks associated with the fear, according to the International OCD Foundation (IOCDF).

For example, a child might count to 10 to avoid getting germs on his pillow, or brush his teeth in a highly symmetrical pattern in order to avoid a cavity. Although obsessive compulsive disorder can occur with obsessions only or compulsions only, its most common form includes both (IOCDF, 2010).

“The obsessive thoughts may vary with the age of the child, and might change over time,” the IOCDF reports, adding that younger children with OCD often have persistent thoughts that they or a family member will be harmed in a horrible way—convincing themselves that an intruder will enter through an unlocked door or window.

“The child may compulsively check all the doors and windows of his or her home after his or her parents are asleep in an attempt to relieve anxiety,” said the IOCDF. “The child may then fear that he or she might have accidentally unlocked a door or window while last checking and locking, and then must compulsively check over and over again” (2010).

An older child, or a teenager, with OCD may fear that he or she will become ill with germs, AIDS, or contaminated food. Often the person carries out the behaviors to get rid of the obsessive thoughts, but this only provides temporary relief. Not performing the obsessive rituals can cause great anxiety (PubMed Health, 2011).

In most cases, the individual realizes that the behavior or thought doesn’t make sense. But the part of the brain where OCD resides cannot understand logic; it is trained to react. So it’s impossible to talk your way out of OCD.

The Genetic Reasons for OCD

“We have good reason to think that the person with OCD can’t get rid of those intrusive thoughts and urges because the circuit from the orbital cortex, the brain’s early-warning-detection system, is firing inappropriately,” said Dr. Jeffery Schwartz, a psychiatrist at the UCLA School of Medicine. The culprit may well be the lack of proper filtering by the caudate nucleus, which controls thought” (1996).

Research also points to the amygdala, which regulates basic emotions. It resides next to the caudate nucleus, and may override the thinking process, neutralizing the efforts of logic. That’s the bad news. The good news is that researchers are attempting to find exactly how brain structures “talk” using neurotransmitters (chemical messengers) to discover the communication differences between the brains of people who do and do not have OCD. Researchers hope by discovering what areas of the brain are active and what chemicals are being released when someone is experiencing an obsession or compulsion, they can develop medical procedures or medications to combat OCD (McGrath, 2007).

The results may be nil with some individual, though, since OCD may have a genetic component and run in families. Studies conducted by Johns Hopkins Medical Institute have found some possible genetic markers for OCD on several different chromosomes (1, 6, 7, 15, and two markers on chromosome 3). There were more abnormalities in these chromosomes for people who OCD than there were for people who did not have the disorder (McGrath, 2007).

But It’s Not All in the Genes

But McGrath cautions that the results also show that OCD is not purely genetic. If it was, he said, then the identical twins would have to have a 100 percent concordance rate. So there must also be some environmental factors that lead to the development of OCD (2007).

While genes likely play a role in the development of the disorder, no single gene has been found that causes OCD. More likely, a combination of genetic markers and environmental occurrences are required for the disorder to develop. At the same time, no one really knows what other factors might be involved beyond genetics. Perhaps an illness or even ordinary life stressor might induce the activity of genes associated with the symptoms of OCD (IOCDF, 2010).

However, a child might also develop OCD with no previous family history. Research in this area has revealed that although OCD is usually thought to be caused by a combination of stress, genetic predispositions, and disruption of petrochemicals such as serotonin, there is growing evidence that a specific form of childhood OCD might actually be an autoimmune disorder.

The Pediatric Autoimmune Neuropsychiatric Disorders Associated with Streptococcal Infections, or PANDAS form of OCD, is thought to be triggered by an infection of the same bacteria that causes strep throat and scarlet fever, according to Ann Graybiel, Department of Brain and Cognitive Science and the McGovern Institute for Brain Research, Massachusetts Institute of Technology (2008).

For more details on PANDAS, as well as a look at treatment approaches and medications for OCD see part two of this article in the ARTICLES section of the Encompass Counseling Center website. Click here and you’ll be taken there now. 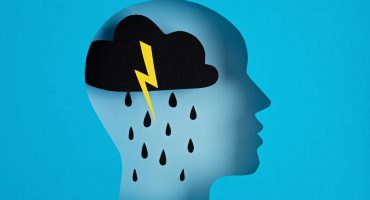