The Psychology Behind the Job Interview

Marilee is not unlike most of the universe in that she genuinely does not enjoy job interviews. If asked to choose between interviewing and chewing glass, you can guess her answer.

This makes sense because in the same way that most people dislike taking tests, a job interview is a test. Even those who feel confident about their professional past, are up-to-date with job requirement skills, and do not possess many potential liabilities still fear facing the unknown—as in the scary questions and intimidating interviewers.

If only Marilee could get a job some other way than having to put herself in the pressure cooker of the interview situation, she would gladly do so. But she can’t. So, she’ll have to struggle through being good on her feet as she gets bombarded with such questions as:

And on it goes. All the while, each past failure—job-related or not—adds another scar to the wound that never had a chance to heal in the first place. While trying to demonstrate the opposite, Marilee is shrouded in negative emotions and fears.

Typically, an interviewer is less prepared for, less interested in, and less eager about the interview that is about to take place than is the candidate sitting opposite him or her.

On the other side of the desk sits the interviewer, who in most cases is aware of not being very good at interviewing because of lack of interviewing experience—unless the person is, say, a recruiter or some part of the staffing function in the human resources department and who interviews routinely. Very few interviewers have taken formal courses about how to become better at interviewing.

Typically, an interviewer is less prepared for, less interested in, and less eager about the interview that is about to take place than is the candidate sitting opposite him or her. That’s the background to the candidate-selection process, which is critical to each side: for the candidate, the issue is a career changer; for the employer, a crucial and important business decision must be made.

“Categorically, you can improve interview performance by solid preparation for it and by gaining an understanding of the interviewer’s needs,” said Alex Freund, career coach and interview preparation specialist. “Both sides assess each other within minutes, if not seconds; and everything thereafter serves only as validation of the initial impression.”

By understanding the psychology behind the dialogue and applying some useful techniques, you can force the interviewer to focus on your strengths, and exert some amount of influence over the outcome.

Leslie Stevens-Huffman, business and careers writer, agrees that preparation is key. “When the interviewer says, ‘Tell me about yourself,’ you should not respond with, ‘Where would you like me to start?’” Stevens-Huffman said. “That would be considered a weak answer. Rather, you should take control and summarize in two or three sentences your professional experience in your field, give a brief example of a success story, and end by engaging the interviewer in the form of a question about the interviewer’s priorities.”

That question should be framed to come across as a friendly yet professional dialogue and certainly shouldn’t put the interviewer on the spot, according to Stevens-Huffman, who adds: “Keep the dialogue going. Try understanding what’s behind the question and project the positive and unique qualities about yourself you can share through your success stories. Once the interview’s over, leave the interviewer with a memorable ending. Shake his hand and say, ‘Mr. Smith, thanks for your time. May I leave you with a final thought: I’m very enthusiastic about this opportunity and am very interested in this position.’ Do you think he’ll remember you?”

Job interviews, like all other human interactions, are influenced by psychological factors. By understanding the psychology behind the dialogue and applying some useful techniques, you can force the interviewer to focus on your strengths, and exert some amount of influence over the outcome.

For instance, even if they try to be objective, every interviewer has biases that affects the way they interpret the information they receive from candidates. By answering questions in a certain way, you might be able to overcome a hiring manager’s unconscious biases and establish a stronger connection, said Dr. Nicolas Roulin, associate professor of Industrial/Organizational Psychology at Saint Mary’s University and author of The Psychology of Job Interviews.

When you appear nervous or tense, you can trigger a biochemical response in the interviewer that influences his or her impressions of you.

Roulin offers the following psychological techniques to help influence the impression you make on an interviewer.

You’ve probably heard the expression: “You never get a second chance to make a first impression.” That saying is based on the primacy effect, which describes the tendency of interviewers to form expectations of behavior based on the way a candidate looks, dresses, and makes small talk.

“Garner immediate receptivity by giving a firm handshake, greeting the interviewer by name, stating your name clearly, smiling during introductions, and dressing like a member of the team,” Roulin said.

When you appear nervous or tense, you can trigger a biochemical response in the interviewer that influences his or her impressions of you, said Dr. John Molidor, professor of Michigan State University College of Human Medicine and author of Crazy Good Interviewing: How Acting A Little Crazy Can Get You The Job.

“Try to relax by avoiding negative self-talk,” Molidor said. “It may also help to view the meeting as nothing more than an information exchange.”

We tend to like people who are similar to us. But how can you find commonality with a virtual stranger who may be a complete opposite?

When answering the inevitable “tell me about yourself” interview question, create an emotional bridge by sharing personal information and highlighting your values, in addition to your technical skills and experience.

“For example, explain that you’re good at teamwork and compromising because you had five siblings, and that coming from a large family has helped you become a better developer by teaching you to be self-reliant and taking the initiative to learn new languages,” Molidor said.

“If you follow this template, the interviewer is bound to relate to something you say, even if they are older, younger or come from a different cultural or technical background,” he said.

Everyone uses both sides of their brains to process information. Create empathy and strengthen your emotional ties with the interviewer by using storytelling and colorful anecdotes to explain how you’ve leveraged your technical expertise.

For example, recall the challenges you faced during a project, or detail how your work supported the company’s initiatives. That will demonstrate your core values and passions, Roulin said. In other words, structure your answer in a way that appeals to both sides of the interviewer’s brain.

How should you answer the dreaded “What is your greatest weakness?” Don’t say that you’re a perfectionist or you work too hard; instead, show your more human side.

“Demonstrate a realistic understanding of your strengths and limitations by mentioning an area you’re working on, and specifically what you’re doing to improve,” Molidor said.

Don’t leave the interviewer hanging. The recency effectstates that people are most likely to retain and be influenced by what they last hear or see, so be ready to summarize why you’re the best person for the position.

Mention three traits or skills that make you qualified for the job and how you intend to use them to make a positive contribution. Then, ask about next steps or if there’s anything else you can provide, such as references or code samples. This simple three-plus-one formula is an effective and memorable way to close out a job interview.

If Marilee remembers these suggestions, the fear of interviewing for a job she wants, might lead to the job she wants. The important part for her and others who dread the interviewing process is to know that if interviewers are interested in what you have to say, they will listen.

“Be precise, and if they show interest in your topic, speak it loud and up,” said Shino San, creative strategist. “Let them know who you are and why the want you.”

If that’s not enough for the interviewer—and you’ve done your best at interviewing—then perhaps the job is not for you. There’s only so much you can do to let your modesty, competence, and likability to shine through, San said. Move on with the confidence of knowing that your life doesn’t hinge on getting that one perfect job.

Freund, A. (April 1, 2015). “The Psychology of the Job Interview,” Personal Branding Blog. Retrieved from https://www.personalbrandingblog.com/the-psychology-of-the-job-interview 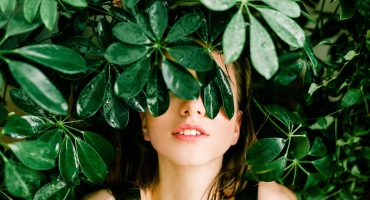 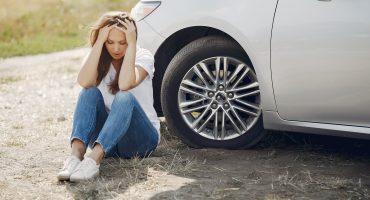 Letting Teens Sit with Silence. Or Not.

Stress in the Time of Pandemic

If the pandemic is causing you anxiety or depression, you’re not alone.

We are all adjusting to a new normal and maybe telehealth sessions for managing your mental health seems awkward. But why not give it a try?

Encompass is offering one free telehealth session at no charge. It couldn’t be easier. Simply click on the button to find a time that’s convenient for you.

You can choose a phone call or get a Zoom video call sent right to your inbox.