Imagine using a hallucinogenic drug—an ecstasy-like compound known as MDMA—to treat individuals suffering from post-traumatic stress disorder (PTSD). It sounds a little far-fetched to many psychiatrists, psychologists, and psychotherapists. But others in the profession are willing to suspend judgment to see what the future holds for MDMA, which promotes the release of oxytocin and prolactin—hormones associated with trust and bonding—helping patients discuss painful memories openly and honestly. In this article, Michael Angelo, Licensed Clinical Professional Counselor, and owner of Encompass Counseling Center, suspends his own judgment about the MDMA, since it might turn out to be a better way of treating PTSD than current methods.

As a good local “scientist,” it is imperative that I as a therapist not only consider what data are presented but also what details are left out of discussions by researchers and other disseminators of information, including those who write for the web.

I was reminding of this recently while surfing the net, searching for stories about anxiety. In the course of my “travels,” I came across something I remembered hearing from a professor in my pharmacology class who, in the course of her lecture on hallucinogenic drugs, mentioned that an ecstasy-like compound—MDMA—was used to treat individuals suffering from post-traumatic stress disorder (PTSD).

“MDMA can decrease fear and defensiveness while increasing trust and empathy,” she said. “It may open a ‘window of tolerance’ in patients undergoing psychotherapy for PTSD—and hold it open long enough for them to step through.”

Her words echoed in my head again as I read on mdmaptsd.org–site of the Multidisciplinary Association for Psychedelic Studies (MAPS)—about how MDMA makes it easier for patients to be comfortable between the extremes of fear and avoidance, and may increase the effectiveness of psychotherapy by strengthening the alliance between therapist and patient. MDMA promotes the release of oxytocin and prolactin, hormones associated with trust and bonding, said the association, helping patients discuss their painful memories openly and honestly.

MAPS supports research into the risks and benefits of MDMA, including treating PTSD with MDMA-assisted psychotherapy. The organization’s words caught my attention due to my experiences with PTSD patients, both in private practice and my internship in the anxiety program at Alexian Brothers Behavioral Health Hospital (ABBHH).

ABBHH’s treatment protocols do not incorporate the use of ecstasy or any other illegal drugs for PTSD; neither do I encourage them. I may recommend that a patient see a psychiatrist for medication, if he or she isn’t on something like Paxil or Zoloft already. But I also stress the importance of therapeutic interventions such as exposure and response prevention (ERP) therapy, which involves gradually exposing patients to their feared stimuli.

ERP has proved to be a successful means of treating PTSD. It is considered by the psychological community to be one of the most effective cognitive behavioral methods in the treatment of PTSD and OCD. Research indicates that there is a marked reduction of symptoms in about 50 percent to 80 percent of patients after 20 cognitive behavioral sessions. Many patients will continue to have milder PTSD or OCD symptoms, but these symptoms do not interfere with normal living.

I have witnessed the power of ERP first hand, including its effectiveness with several patients who were raped; a young man who had found his dead from a self-inflicted gunshot wound to the head; and a veteran whose Humvee had hit a roadside bomb in Iraq, leaving him badly shaken but not injured. In each case, the patient experienced a marked reduction in both anxiety and the need to fear stimuli that reminded him or her of the trauma.

So when I came across the article on mdmaptsd.org about using ecstasy as a way to combat PTSD, my guard went up again—and the same thoughts came to mind as they did in class: There’s no way something like this could work. Absolutely not. It’s nonsense.

Some therapists swear by this mode of treatment, however, reporting that it works, namely because nothing else is working. What about the ethics of it, though? And what about the effectiveness of ERP?

Trying to be open-minded now, as I was then, I explored the research on mdmaptsd.org, discovering that by the early 1980s, more than a thousand private psychotherapists in the United States were using MDMA in their clinical practice. MDMA is commonly known as “Adam,” an allusion to being returned to the natural state of innocence before guilt, shame and unworthiness arose. This description made sense based on what my instructor had said about how therapists are taking patients on ecstasy back to the original traumatic experience so they can work through it at that moment in time.

“This is inherently different than the use of traditional psychotherapy, which usually involves a combination of talk sessions and tasks,” she had pointed out. “Those tasks include exposure therapy, and the site did not denigrate this technique.”

Pål-Ørjan Johansen, a psychologist at the Norwegian University of Science and Technology, would agree with her—stating studies show that exposure therapy can be a very effective treatment of post traumatic disorders. “Yet far too many patients receive treatment only with drugs,” he said. “Anxiety reducing drugs and anti-depressants may work against our efforts and reduce the patient’s emotional learning, though.”

Johansen and his colleague, Teri Krebs, a neurobiologist at the university, are exploring what happens when chronic trauma patients are treated with a combination of psychotherapy and pharmacological versions of ecstasy. A U.S. study conducted by psychiatrist Michael Mithoefer has shown remarkable success with this combination, according to Johansen.

Johansen went on to explain that Mithoefer took 21 people with chronic PTSD, all of whom had been subjected to documented abuse. All had also been through six months of treatment with traditional therapy, in addition to a three-month treatment with drugs. None, however, had shown any improvement from the treatment.

Under Mithoefer’s treatment, the patients stopped their usual anxiety-reducing drugs, and began a new treatment with 12 sessions of psychotherapy. During two of these therapy sessions, some patients were given doses of MDMA, while the others were given a placebo.

“Two months after the treatment, 92 percent of MDMA patients had clinically significant improvement in their conditions: They were more open to therapy and could process the trauma,” Johansen indicated. “The patients managed to escape from their shells and shame, and to see lifelong patterns of behavior. They were less dispirited, evasive, and afraid. In contrast, only 25 percent of the patients in the placebo group showed progress. Everyone in this group was subsequently offered treatment with MDMA, and the results have been good, with no serious or lasting side effects.”

According to Krebs, neuropsychological tests suggested that patients had improved mental ability after treatment. None of MDMA patients continued to take the drug after treatment. But many of them had managed to transform a crippling trauma into “only” a memory—a painful memory, but still more manageable than before.

“This was a small study, and it must be followed up by more,” Krebs said. “But the results are promising, both in terms of safety and the effects of treatment. It is also important to stress that this is not about daily medication, but short-term, controlled use.”

The Norwegian scientists have investigated both this and a number of other studies, and suggest the following explanations:

Krebs also indicated that MDMA triggers the stress hormones noradrenalin and cortisol. These hormones are necessary to activate the emotional learning that leads to long-term reduction of fear.

“In summary,” Johansen said, “we suggest that MDMA is an emotional enhancer that helps the patient feel safer and in control, better able to connect with memories, and more capable of the emotional processing that is needed for improvement.”

MAPS supports this assertion, and has undertaken a 10-year, $10-million plan to make MDMA into an FDA-approved prescription medicine. MAPS is currently the only organization in the world funding clinical trials of MDMA-assisted psychotherapy.

It sounds a little far out to me. But I am willing to suspend judgment to see what the future holds for MAPS, MDMA, or ERP, for that matter.

Maybe MDMA will turn out to be a better way of treating PTSD than ERP. Who am I as a local scientist to say otherwise? After all, I want what is best for the patient. Isn’t that what all of us who call ourselves psychotherapists desire for those whom we treat? 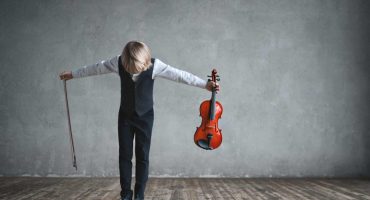